Seeking to attract new tenants to the building, the ownership of Prosperity Metro Plaza in the heart of Merrifield, VA brought in GTM Architects to redesign one of the Plaza’s seven-story office towers and adjacent courtyard. The repositioning of Metro Plaza IV would include new, modern amenity spaces, utilizing both interior and exterior spaces, and revitalize its underutilized existing amenities and aesthetics.

While adding some exterior amenity space to the building, GTM had to also carefully respect the activity that surrounds the Metro Plaza III building which houses Citizenship, Immigration and Customs offices. Our solution was to focus the exterior amenity space of Metro Plaza IV towards the inset of the building and enclose it with built-in benches and a decorative screen. The new space provides additional privacy and prevents impeding on the courtyard shared by the two buildings.

For the interior amenity spaces, GTM opened up the existing conference space off the main lobby, creating an open gaming area to activate the space and generate immediate interest when entering the building. Privacy booths, a high-top table and chairs, coffee station and TV were also added to make the large space multi-functional. A new pre-function lounge and 40-person conference center was added to the opposite side, enclosed with full-height glass doors to add acoustical privacy for private events. Glass partitions in the conference center open to the new exterior terrace which provides an additional pre-function space. For further flexibility, another partition suspends from the ceiling to split the conference center into two rooms.

Also accessible off the main lobby is the fitness center, which is centered on the elevator corridor through a set of full-height double glass doors. Like the adjacent conference areas, the fitness center is also flooded with natural light from expansive walls of windows. Finishes throughout all the amenity spaces create a casual yet sophisticated environment that will appeal to any generation. 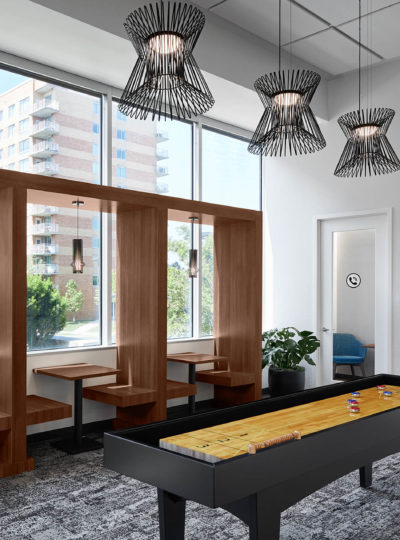 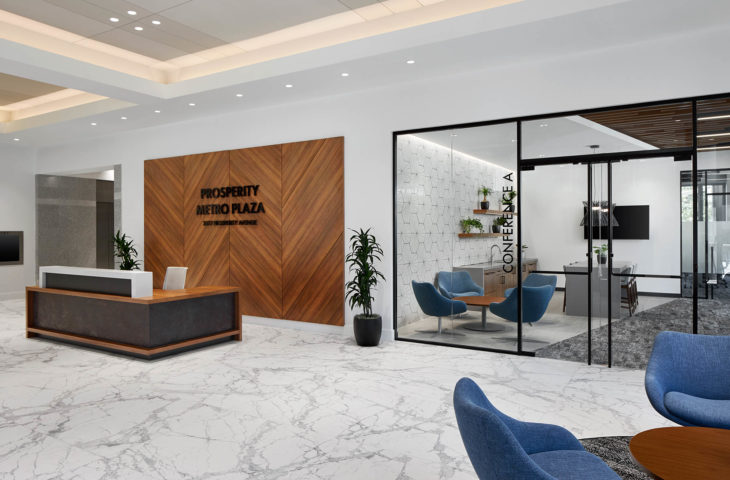 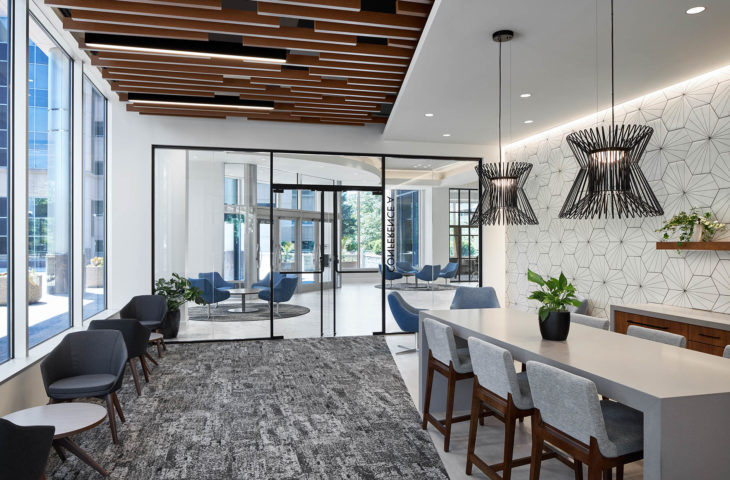 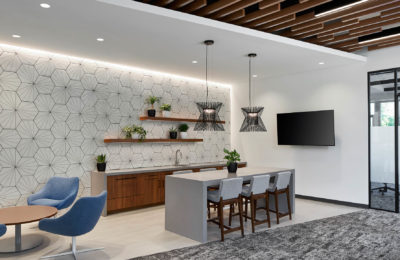 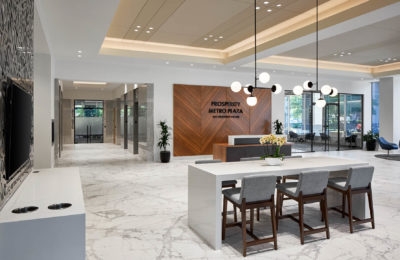 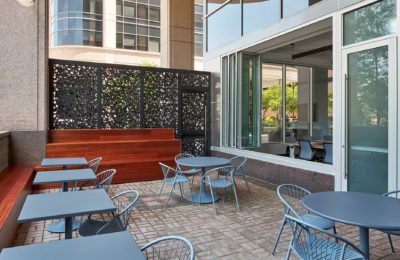 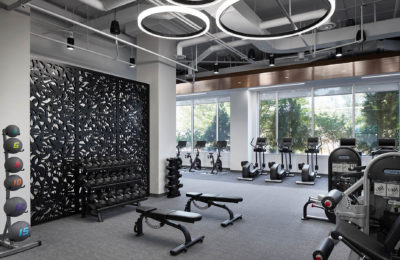 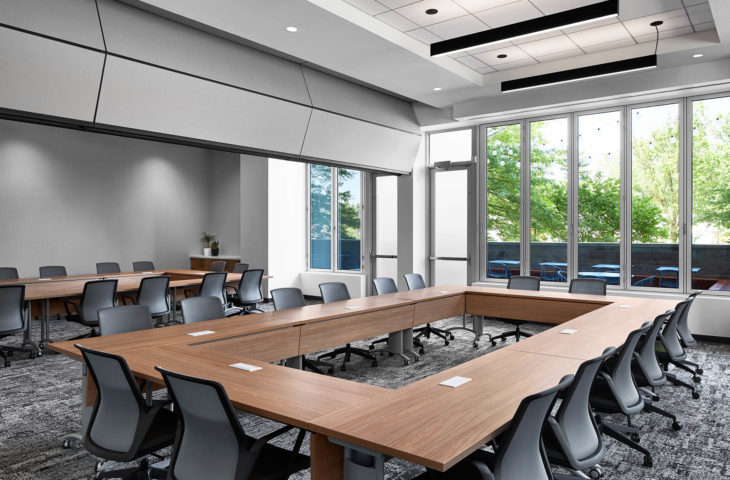